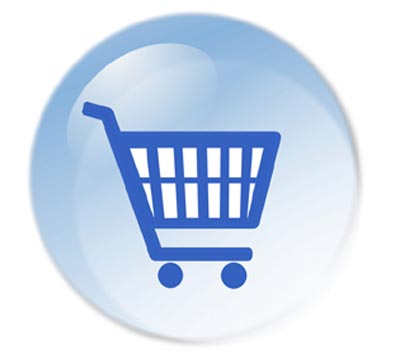 In June of 2020, Magento 1 had its End of Life (EOL) which had a lot of businesses scrambling to figure out their best options while risking the chance of security vulnerabilities.

Whenever security risks are mentioned, it’s something to take seriously. So, let’s focus on that and rewind a bit to 2015. That’s when cybersecurity firm RiskIQ first began tracking card skimming attacks perpetrated by Magecart, a “loose confederation of online credit card skimmers,” so named for their attacking of the mage.php code in Magento websites cart sections.

Now let’s move forward to this year. On September 14, 2020, it was revealed that almost 2,000 Magento 1 stores were hit in what security researchers at Sansec described as the “largest documented campaign to date.”

The term Magecart is not an official group, but rather a label for a set of tactics. The cybercriminals look for ways to exploit ecommerce software to steal credit card numbers and other personal customer information. This is usually done by capturing customer data as it’s entered into web forms for payment.

Unfortunately for those on the Magento platform, according to an October 2020 report by independent cybersecurity company Foregenix, 55% of Magento 2 sites are at a high or critical security risk level.

Some common security risks seen on Magento include server attacks, credit card hijacking, website defacement, and botnetting. All of these risks are only compounded now that Magento 1 is no longer supported. The reason? Magento is no longer creating updates or issuing security patches for the product.

Although you might be thinking that switching to Magento 2 (if you haven’t already) seems like the easy fix, it might not be. This option is still a complete replatform which means your themes won’t transfer, your M1 extensions won’t work, and some of your data will have to be migrated manually. M1 and M2 have a different architecture which is why this isn’t a simple upgrade.

Another option is to switch platforms altogether and BigCommerce might be the answer. I know you’re probably thinking you might as well stay with the platform you’re used to, but it might not be the case and you could lose out on a better option during a critical time.

With Magento, they’re an open-source platform that has been increasingly making shifts to appear more like a Software as a Service (SaaS) platform by introducing a cloud offering to give merchants the feel of having a single vendor. BigCommerce is already uniquely positioned as an open SaaS platform for easy use. This allows merchants to achieve customization and integrations that had historically only been possible using an on-premise open-source platform.

To better compare the two platforms, here is a quick breakdown:
BigCommerce
• With BigCommerce, there’s no installation or integration fees and no downtime with each upgrade.
• When BigCommerce rolls out and update that enables a new feature, merchants will have access to it immediately and can control when or if they want to enable that new feature.
• Over 90% of the BigCommerce is exposed via APIs. This, along with pre-built integrations and an open checkout, allow you to adapt the platform to your exact needs.

Magento
• Keeping up with the security patches AND version updates necessary to have the latest secure version of Magento is time-consuming and labor-intensive.
• The more customization a merchant makes, the harder their Magento store becomes to maintain.
• Access to the source code means you have the ability to customize extensively; however, you may be limited by the cost and the complexity introduced.
Make the switch today and get rid of the security headaches with the best ecommerce platform out there; plus, get a 4-month FREE trial to make sure it’s the right choice for you!

The next Albany Job Fair dates are: July 13 & Oct 5, 2022. At The Albany Job Fair you will find a full day of Networking, Career Seminars and 70+ Employers Ready to Interview and Hire You!